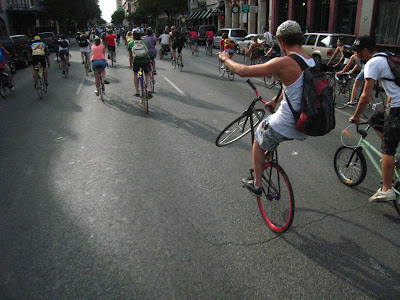 last Friday was Critical Mass Friday! we luckily happened upon it, and it was alot bigger (of course) than any other place i've been to CM ride. it was fun, and included for example sitting on a hill and driving down a dead-end street. the drivers of Austin were pretty freindly -even the ones that didn't seem to like what we were doing, for example one man who sat stranded in his car, surrounded by a sea of bicycles, who kept saying "Thankyou for obeying the law! Thankyou for obeying the law!" 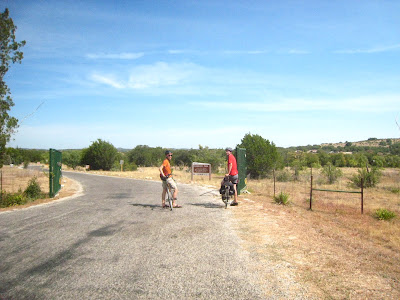 Saturday morning, together with a friend of A's, we cycled to Hamilton Pool, which was so beautiful! and swimming felt really amazing after cycling in the sun. 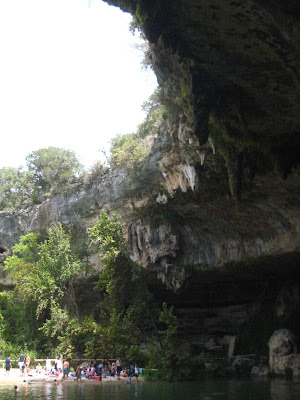 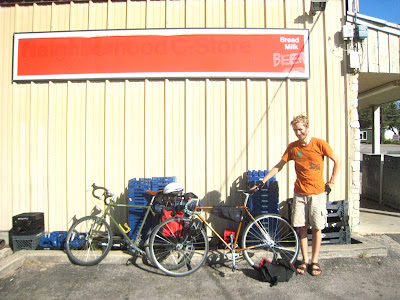 we camped in a park about 20miles from the pool, and heard strange noises in the night, maybe coyotes? 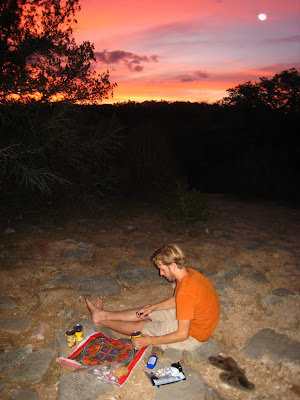