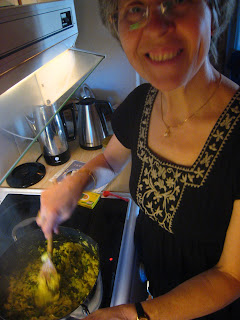 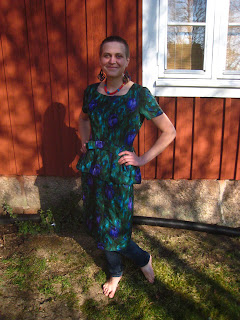 Anna is doing the costumes for a play in Oxford, with an 80's theme. i had the pleasure of trying on some of the clothes. i wonder why i don't always dress this way? 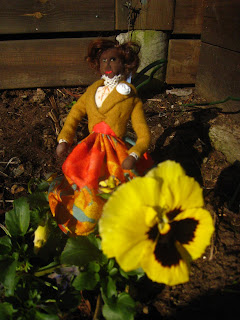 Anna also made this brilliant little friend for Sigfrid, (who some of you may know...). her name is Alma Annasdotter. 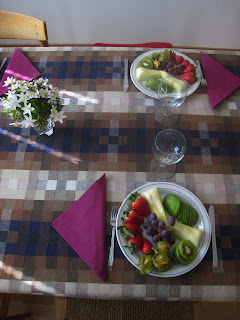 we went on a little trip to Jönköping, and stopped by at my greataunts. we'd asked for a glass of water, and this is what we got...! 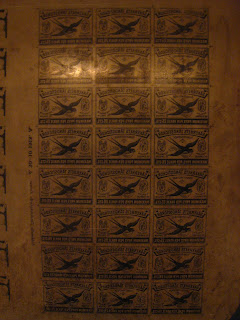 did you know that safety matches were invented in Jönköping? we went to the little match-musuem, and there are some really lovely little labels. 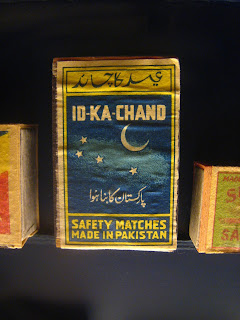 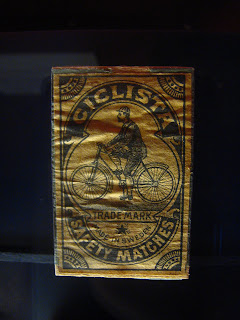 in the same little museum was an exhibition by Janeric Johansson. i did a pencil-copy one of his drawing/paintings when i was in school in Pakistan, and on a trip to Sweden my mum drove us to visit him in his studio, where he talked to us and showed us his methods&techniques. now he's spent loads of time in China, at the same place a friend of mine has worked. it's a small, circular world... 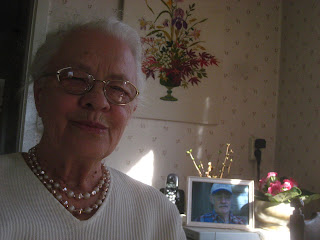 i also saw my 3 grandparents. they´re not, of course, getting any younger, and every time i see them i wish that they will always be here...
but i'm lucky to have known all 4 of my grandparents. i even met both greatgrandfathers.
i could launch into a whole monologue of how i think elderly people are not well-enough respected in Sweden, compared to eg. Pakistan & Afghanistan. but i won't just now.
i'd like to spend more time with them, i would like to draw pictures of them and write down their stories. before it's too late. there were so many stories, so much experience and knowledge that my grandpa Sven Svensson had, that i didn't hear or write down in order to remember... i don't want the same thing to happen again... it's so crazy how many changes have happened in the world during their lifetimes! imagine seeing it all? 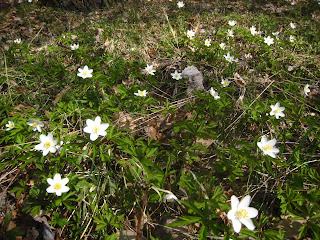 and the vitsippor are in full bloom. 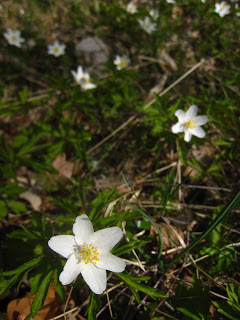 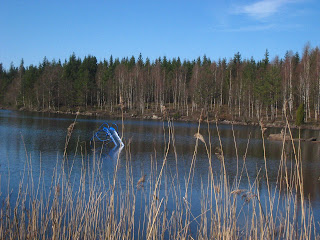 but it's still much too cold to swim... 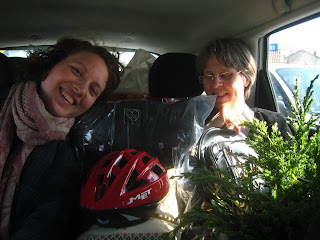 my parents are kind and generous as usual, and drove Anna & i back to Göteborg, and on the way we stopped and did some shopping at the dreaded Ullared's Gekås. (for those of you who are not from Sweden, it's a huge supermarket that sells things for a cheaper price. people travel from far & wide to jostle and crowd and fill their shoppingtrolleys over the brim -and today we joined in). it's a strange atmosphere in there, and i ended up buying not one, but two packets of clothes-washing-powder and deoderant and toothpaste etc etc. but the best thing was that i bought loads of plastic boxes with lids that i can store my ceramic materials in at the studio. it was a squeeze fitting everything into the car...
tack, mamopap!