plants growing from the chimney stacks. 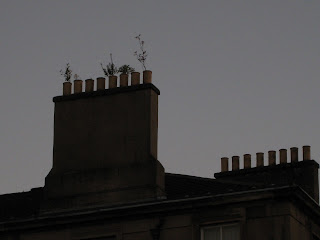 this was my fourth weekend pedicabbing. driving around edinburgh on a big tricycle that has a seat-for-three on the back, looking for lifts, sweating up the hills with burning legs, seeing things and meeting people which i never would otherwise...
it's obviously physically demanding, but that's not the hardest part. when i can keep my spirits up, then i get more lifts and things go better; when i start feeling fed up and annoyed and tired, i'm far less likely to get any customers.
i've applied to work in a vegan cafe here in glasgow, which would be brilliant. part of me, however, still wants to keep pedicabbing, even though i hate it sometimes. it's fun to challenge myself, it will eventually get me in pretty good shape, and it can be good money for only 2 nights of working a week. i think it all depends on how strong i am mentally, if i can keep myself in a good mood, unaffected by what some people say and do, and what's going on around.
as it is now, i'm often too tired to do much of anything on the sunday, but hopefully if i get a bit stronger i'll have more energy left over after working. today is monday; i had all sorts of plans i wanted to do yesterday, but not any energy... even when i was speaking to andy (my boyfriend, who lives in the states) i was lying on the floor!
it'll get easier though, i know. and now it's the week, with school. i'd better get on with my essay.
Posted by ester svensson at 10/08/2007 11:10:00 am No comments:

i'm back in school, hurray! i'm really enjoying having all this time just to do my own work again. it also feels crazy and amazing to have all these materials and kilns and equipment at my fingertips... with it comes a feeling that i should be producing amazing work with all these resources! i'm not, but hopefully in time... 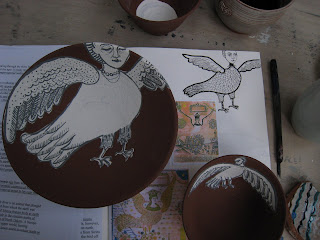 i've been reading about various mythological creatures. here is the Sirin, from Russian legends. men who hear her sing forget about everything on earth, follow her, and ultimately die. 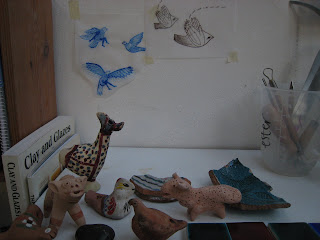 here are my friends from uzbekistan and pakistan. they all can whistle and sing, apart from the fat-tailed sheep, whose only purpose is to look good. 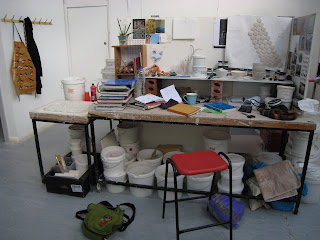 my desk has already become this cluttered! 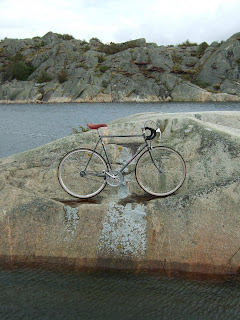 and this is my wonder-bike that gets me around everywhere.