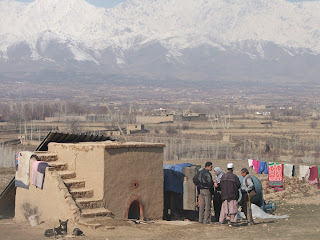 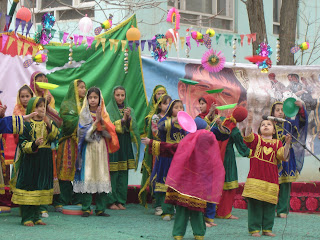 the amazing and brilliant MMCC 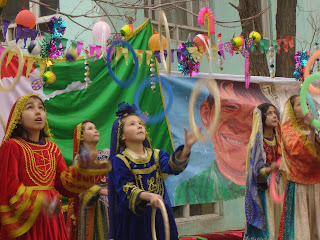 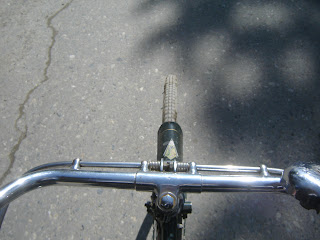 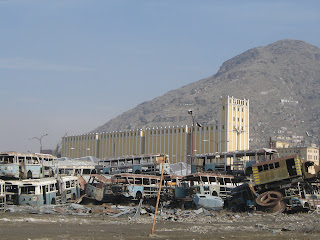 a bus-graveyard with the russian-built silo in the background. 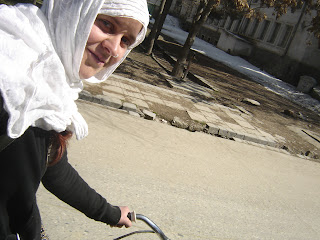 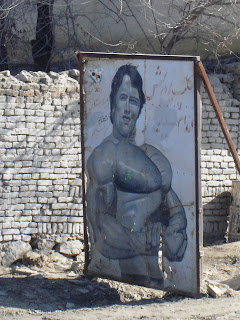 noah and shoshana got us an erg-machine, soon we'll all be looking like this! 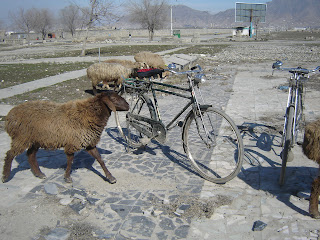 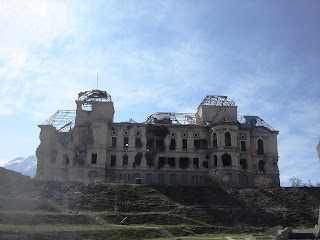 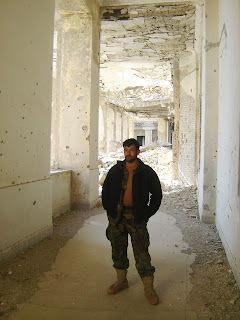 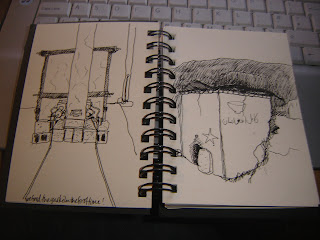 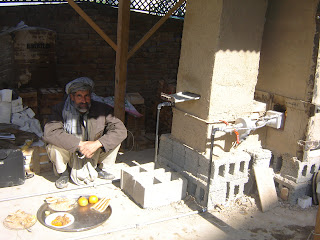 ustad azizuddin brought lunch up to the kiln when we were firing; picnic=) 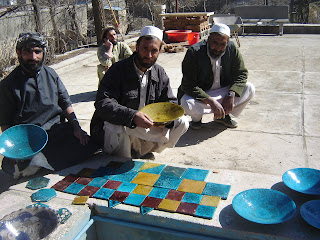 from the first firing 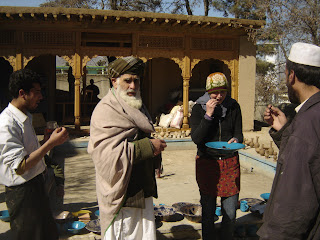 so we had to eat chocolate. 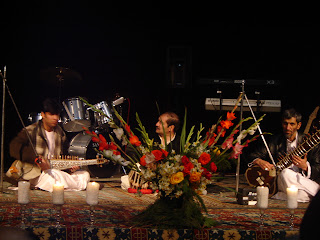 wow, time flies quickly by...
it's been a long time now since i've written anything. i don't even know what's happened since then... well, four main things:
1) we had to have the dogs castrated, becuase they were acting so crazy and barking and biting some people... noah learned the phrase "congratulations on becoming a eunuch" in honour of the occasion. i felt very bad. they were not themselves at all for a couple of days, but now they're right back to normal and don't actually seem to miss their balls very much... maybe it's the way forward?
2) we fired the gas-kiln for the first time! hurray! it went relatively well, for a first firing. it was pretty windy, and some other problems like the holes for the gas in the burners being too big so it didn't fire very efficiently, and the chimney too short. we've made a few adjustments, and now i'm hoping for perfection (he he, well... not really, but i think it'll be an improvement anyways).
3) noah and aziz, being superstars, found and rented an amazing big old house in istalif that will be our resource and visitors centre! i'm so excited! it's a really great house, and i can't wait to be spending more time up there. so, we've ordered another big lot of bricks for a kiln up there; this one will be bigger, and hopefully building it will go a bit smoother and quicker, since we've all done it once now. (sometimes ~often~ it strikes me how strange it is that i'm here in afghanistan building kilns and telling experienced potters to do this or that when i've not even finished my degree!)
4) i was given the best present in the world: an old chinese pheonix bicycle! amazing and brilliant, freedom on wheels! we went for a ride the next day, (friday = holiday), the weather was beautiful, to the old palace, where we had a picnic among goats and rubble. then we managed to convince the guards (maybe the gift of left-over cherry juice and oranges helped) to let us inside the palace "only for 5 mins, and we promise not to take any pictures"... well, we ended up staying a fair bit longer, and taking quite a few pictures... it was crazy, completely ruined, but with a few plaster details remaining high up on the ceilings, and various pastel coloured bits still on the walls. otherwise it was all rubble, with holes in the floor and roofs, twisted metal and graffiti. a big owl silently flew away when we walked into a huge room that must have been pretty magnificent before it was bombed to peices. unfortunately i dropped my camera for the last time, so i don't have many photos of it.
on the way back home, two women in burqa's gave me an encouraging wave, and i wished that they could be riding around on bikes too.... sometimes i worry about offending people here by cycling, but then i think that it's something women should be able to do, and feel better again...

then winter came back again. after a few days of amazing sun and spring feelings, i woke up to a white blanket of snow covering everything. o well. it's still almost a month till official now roz (new year). then we'll have spring for sure. then i'll start complaining about the heat instead=).

there's also a few pictures of the brilliant MMCC, (mobile mini childrens circus), i saw my first performance, and it was amazing! really really great, a whole bunch of kids doing skits, juggling, acrobatics, etc etc. it was so great to see especially little girls have so much confidence on stage! check out their website, http://www.afghanmmcc.org/

another picture is from a concert that my harmonium teacher invited me to. i was expecting a harmonium concert, but arrived to find that it was infact the one year celebration extravaganza of a radio station. there was about a 40 min wait till anything happened, and then some really brilliant music, rabab and sitar and tabla, beautiful. unfortunately it only lasted for about half an hour, and then followed 2 hours of speeches.... i tried to be optimistic and think of it as good dari-practice... but the music was lovely. today i was supposed to have my first lesson with tablas, which would've been brilliant, but i cancelled the lesson since i sound like a frog and feel like my head might explode any minute.